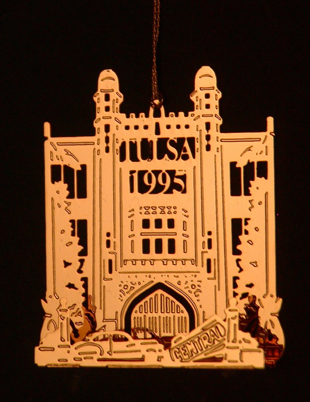 . The Tudor-Gothic revival style building, designed by a leading local architect, George Winkler is made of matte faced brick and edged in Carthage stone. Its striking stone entry with carvings above is framed by massive stone towers.

It quickly became one of Tulsa's premier shcools and by 1937-38 it became the second largest high school in the nation with a student population of 5,169. It remained on the southeast corner of 6th and Cincinnati until it closed in 1976 when a new school building was built.

The building closed in 1976 when a new school was built and is now occupied by PSO.