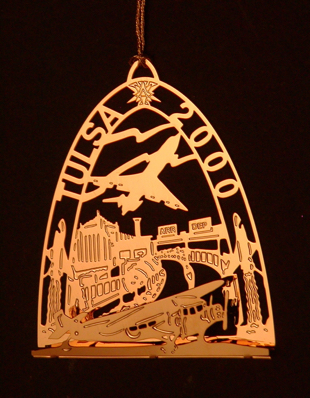 The back piece features the original Terminal building, styled in Art Deco, which opened in 1928. The current terminal building, the control tower and the arrival and departure entrances, all new in 1961, are shown as well Overhead soars a passenger plane. Shuttles lifting off on each side represent contributions made by Tulsans to the space program.

In front, the Ford tri-motor plane represents the first passenger service available here during the 1920's.