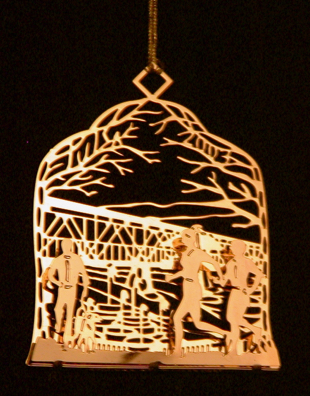 It was built in 1905 as part of the Midland Valley Railroad which offered passenger service from Muskogee to Tulsa and Wichita, KS. The railroad abandoned the bridge in the spring of 1974.

In front, two runners and a person with a dog enjoy the view along the jogging trail.